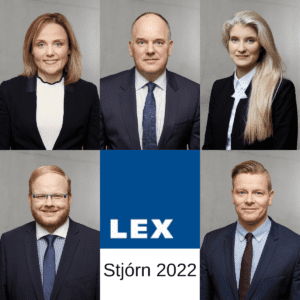 At the first board meeting of the new board, Kristín Edwald was elected new chairman of LEX. We wish the new board every success in their endeavours.

At a shareholders’ meeting earlier this year, Birgir Már Björnsson, Fanney Frímannsdóttir and Lára Herborg Ólafsdóttir were promoted to A shareholders. We congratulate them.